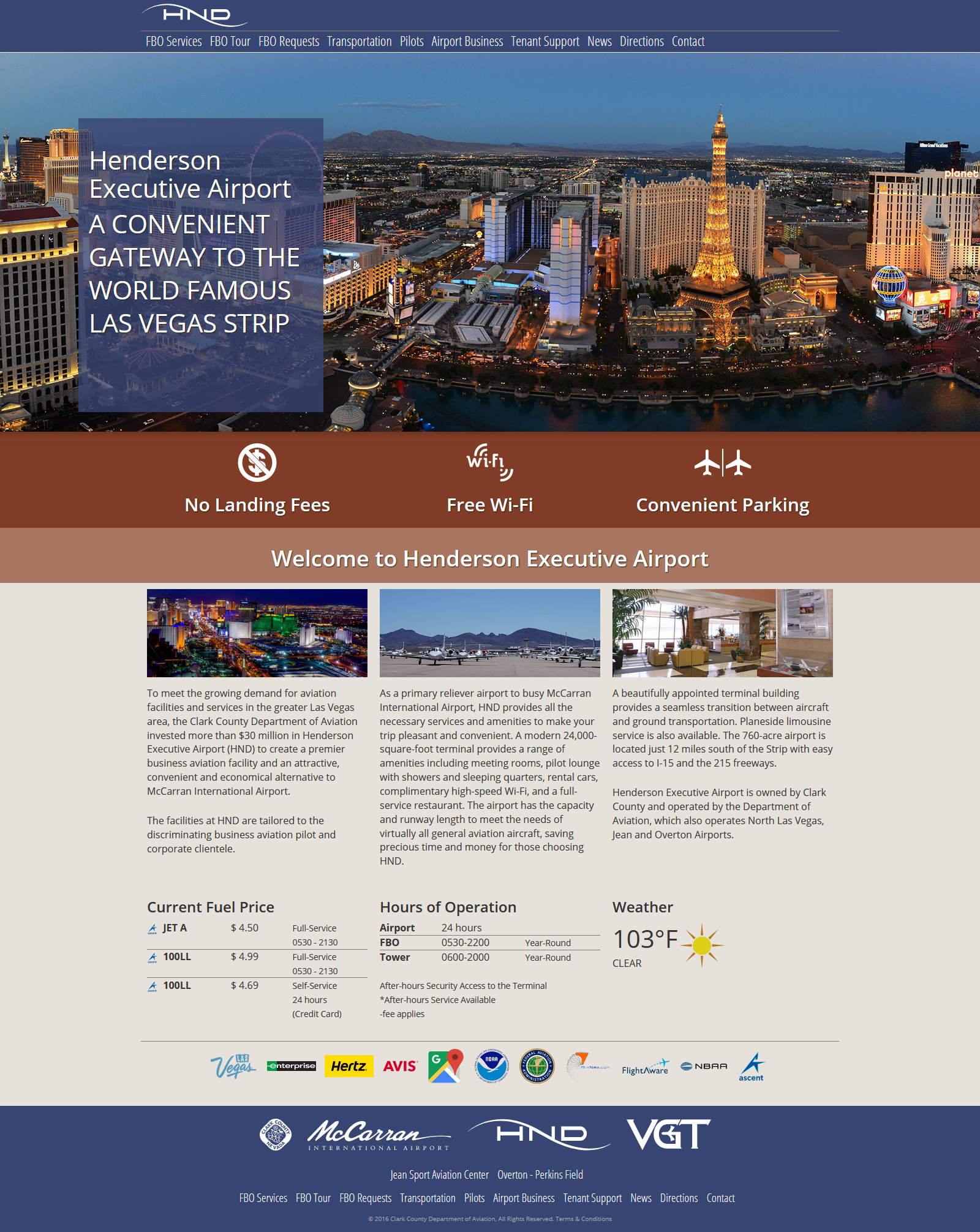 While working as an employee of the Clark County Department of Aviation, Jon Apisa was the lead for a team of co-workers including a web developer, and GIS to redesign the Henderson Executive Airport at Henderson, Nevada in 2016.